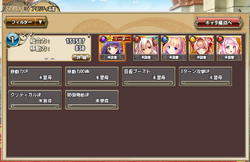 As of Sep 2, 2019, Promotion Abilities were removed from the game and replaced by Flower Memories. At the same time, Sources of Ability Nurturing were replaced by Proofs of Pest Subjugation.

For a description for the currencies, see the Shop's Currency subsection. You only need to buy an ability once in order to equip it on as many flower knights as you want.

In the Ability Equip / アビリティ装着 tab, you can equip flower knights with abilities you've bought. Equipped abilities are stored for a flower knight on a per-set basis, so the same girl could have one ability in a certain set and a different ability in another. The following interface elements are available. Click on a flower knight to see the abilities they can equip and their effects; abilities you have not bought are displayed with a gray background. After clicking on a character, the screen layout changes. Small chevrons appear below the party's attack and defense powers in order to allow you to move between parties in the same set. A filter becomes available where the sets used to be. The filter options are as follows.

How to Strengthen Abilities 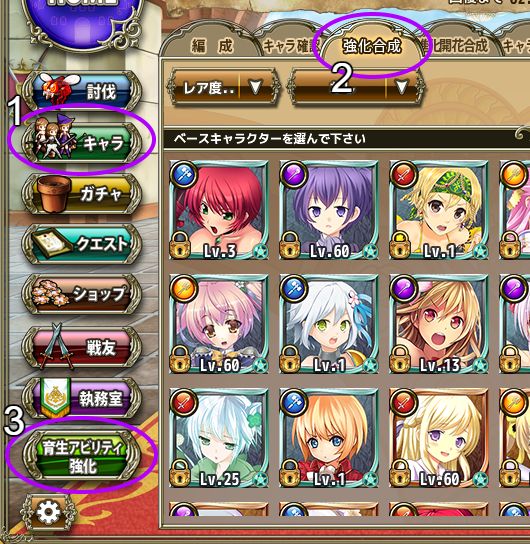 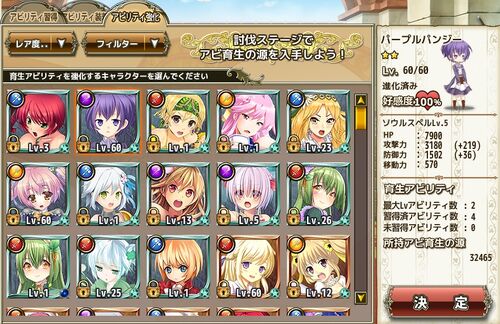 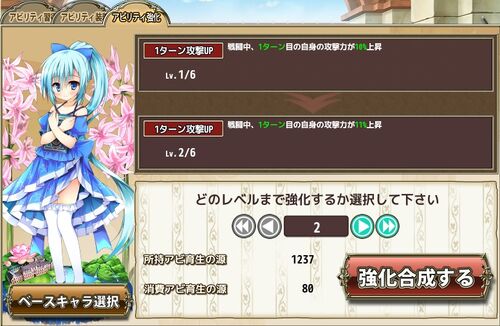 If you select a character on the Nurture Ability Strengthening screen, their info is shown on the right-hand side of the screen. Using the screenshot as a guide, the circled part shows the following information.

On any of the Nurture Ability screens, long-clicking on a character displays an overview of the character's abilities, their levels, and which Sets they are being used in. In the screenshot, the circled portion shows the Sets that the abilities are used in. The top part shows Compositions / 編成 for ordinary Subjugations whereas the bottom part shows Whaleship Compositions / クジラ編成.

Retrieved from "https://flowerknight.fandom.com/wiki/Promotion_Ability?oldid=85927"
Community content is available under CC-BY-SA unless otherwise noted.