Walkure Blume / ワルキューレ・ブルーメ is event number 166. As the featured event, it was a Raid Boss event.

This event is based on a collaboration with Flower Knight Girl and Walkure Romanze.

As the featured event, earn Knight's Medals / 騎士のメダル by beating event raid bosses and trade them for goods in the Shop. Earn Carrot Spears / 槍人参 from panels in the event stages and use them to summon raid bosses. 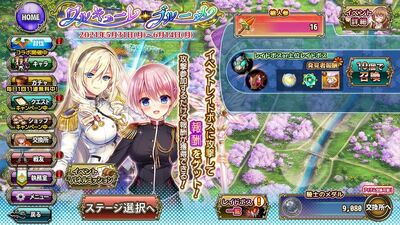 The event screen can be accessed from the banner on the Home Screen or the banner in the Special tab for Subjugations.

The following quests are available during the featured event period. The conditions are only clearable by participating in this event's dungeon. 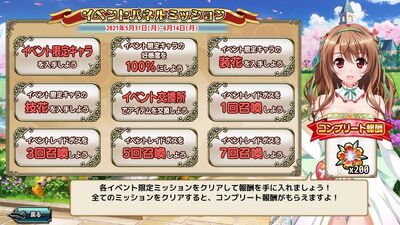 These special quests are available for during the featured event period. EC is short for Event Character.

Retrieved from "https://flowerknight.fandom.com/wiki/Walkure_Blume?oldid=141042"
Community content is available under CC-BY-SA unless otherwise noted.