In the Office, found above the 4 notes shows the world map. It features the world of Spring Garden, the setting of the game itself. 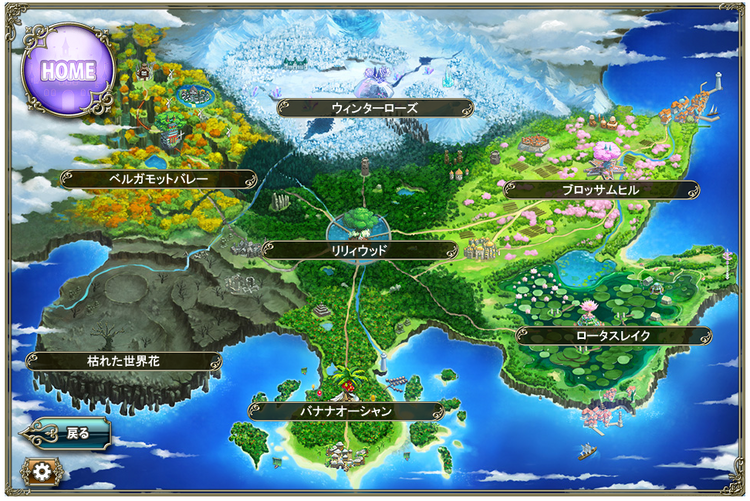 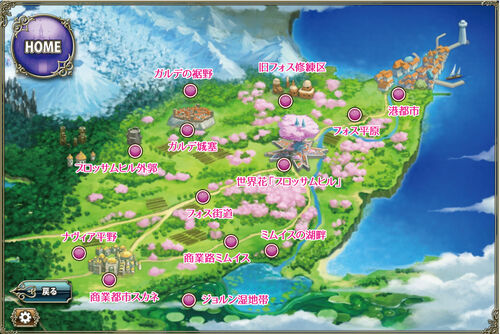 The largest city-state in Spring Garden. A thousand years ago, this was the place where an existence known as "Flower Knights" were formed for the first time through a legendary hero, and it has yet to develop a way to neutralize Pest's threat up to that time. With mild climate throughout the year and open land, it is relatively easy to live here. The capital city has the Phos Flower Knight Academy, which is named after the first Flower Knight and the facilities that are useful in training Flower Knights, such as large libraries and arenas. The town also has a bustling market with thriving trade for various goods.

In the countryside and orchards on the outskirts of the city, there is also a unit of Flower Knights in charge of escorting travelers. 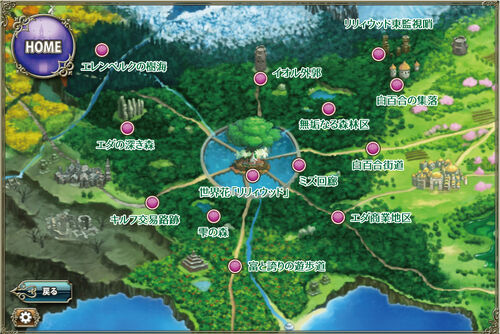 City-state that is symbiosis with nature are rooted as thought.
It's history is particularly long in Spring Garden, is a strong tendency to respect the ritual and tradition.
There is a Senate that has the other on the resolution rights of the Queen, although the field of even cautious vote on everything is provided,
are those who wish to reform by snap decisions is in the young flower knights.
The road and buildings in most cases that was used as it is the nature, the cityscape, such as blend in the woods half those are often healed the heart, the patrol by the Knights zone also exist quite a few that do not underserved.
Because that is also a country that is adjacent to the west of the wilderness, it is contrary to, followed by a severe tactical situation and beautiful scenery. 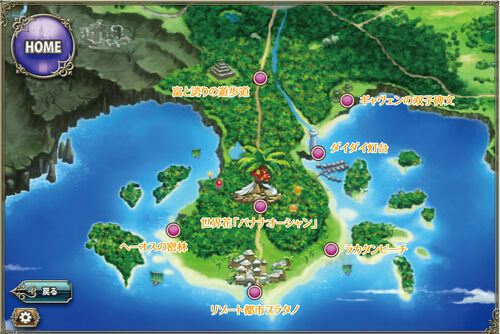 City-state surrounded by the sparkling sea. Always despite strong sun in temperature, such as the mid-summer, a pleasant sea breeze and can comfortably spend in the shadow to drop a huge banana leaves, it is also popular as a tourist destination as well as a residence. Also be held that hilarious national character from the year the festival is carried out noisy even the Queen of the funeral, "As difficulties continue disturb nearby, festival around it will be force to stopped," here is the thought that has been put. While having such a lively side, which is also known as the state of the art means of transportation is high country, other vessels, empty moving means and said hot-air balloon or airship was also once developed in collaboration with Bergamot Valley. 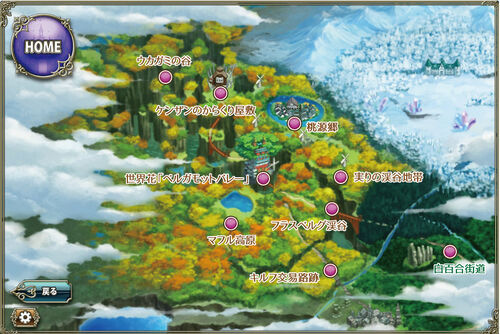 City-state that flourished around the world flower rooted in a steep valley zone. Streets and terraces, also referred to as a city in the air, such as there is unexplored region of the Queen of governance is not in good condition, having different flavor at various points from the other nations to build a town in the plains. That promote the unique natural environment is improving a lot of technology, in addition to the device using the water level and wind, but achieved a practical application of flying empty boat in the joint development of the banana Ocean, it was built the underlying technology system that's a genius inventor of all alone. While the side to try to control nature for the sake of comfort seen, fruits, etc. that bear fruit in the fall is not limited to only the demand of the country, it has become a centerpiece to attract tourists. 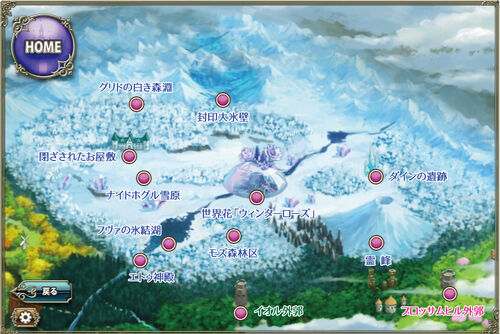 City-state that has been guarded the city center of the world flower to the barrier. White woods and vast frozen lake, such as the ruins of natural crystal is scattered, beautiful snow scene is also often attract attention as a tourist spot. On the other hand, they are also a testament to the harsh natural environment, heavy snowfall is waiting once you step outside from the city. People patiently to live under such circumstances, is also called a bigot in a sense, there is a strength of character even in the flower knight, who is often the one-track mind personality. Queen of this country is a romanticist wrapped in a fantastic atmosphere, because of the dream of the people of eliminating the threat of the pest, which went to the front itself becomes the flower knight. 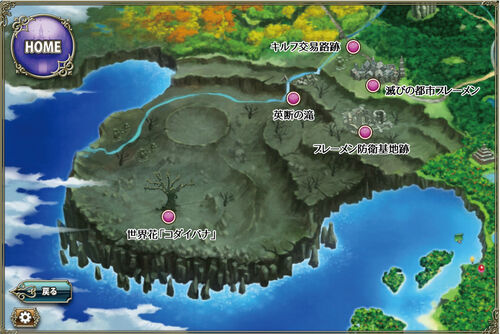 The Lost Kingdom that was felled by the initial invasion by the Pests in Spring Garden. By losing the blessing of the World Flower, the Earth was torn, the water becomes turbid, the air is polluted, and the whole land is devastated to the extent that land become an uninhabitable wasteland, without the slightest trace of the country that had once flourished upon the land. It has now become feared as the head temple of the pest, the Knights which was dazzle the whereabouts remain toward the punitive does not know the number, Bergamot Valley, has continued to erode as deadly poison the border of Lily Wood. The thousand-year-old tragedy of the background, although the presence to become ruler of the dying world has been suggested, there is a wide interpretation of the old tradition, and there is only a handful who knew of the truth.

A city-state located at the southeast of Spring Garden. Being the farthest from the Withered World Flower, this nation is currently has little contact with other nation. The cliffs, the vast lakes and the wetlands formed at it's border hinders people from going in and out of the nation. Even approaching it from the sea is impossible except that you can enter it through it's port at the south . With the nation being made by mostly lakes, people live in towns on top of the huge lotus leaves and produce daily food staple through fishing and wasabi aquaculture. To prevent Pest from invading this unique terrain, it's defensive strategy has been refined to intercept even a small battle.

Retrieved from "https://flowerknight.fandom.com/wiki/World_Map?oldid=39422"
Community content is available under CC-BY-SA unless otherwise noted.